In the Chancellor’s Plan for Jobs speech, delivered 8th July 2020, Rishi Sunak, announced support for homeowners and landlords to make their homes more energy efficient and to create local jobs.

The scheme is called the Green Homes Grant and it is worth £2 billion.

The support is in the form of grants which will cover at least two thirds of the cost of the work, up to £5,000 per household. For low income households, the grants will cover the full cost of the work – up to £10,000. Homeowners and landlords will be able to apply for Green Homes Grant vouchers from September this year. As well as the £2 billion scheme for housing, The Chancellor announced £1 billion of funding to improve the energy efficiency of public sector buildings. Taken together, The Government expects these measures to:

This is good news for the UK, which, according to the Green Alliance (1) has the least energy efficient housing stock, and we know that about 80% of all of the UK building stock that will be in use in the year 2050 has already been constructed (2). So, there is plenty of work required to make our existing buildings energy efficient. But, we have been here before. The Green Deal was a Government initiative set up to improve the energy efficiency of UK residential and commercial properties, paid for by the customer through their energy bills. However, it was not a success, and The Department of Energy & Climate Change brought the Green Deal to a halt in July 2015, as only 14,000 loans to improve homes had been issued by this time (NAO, 2016).

Improving the energy efficiency of buildings

What is sustainable development? 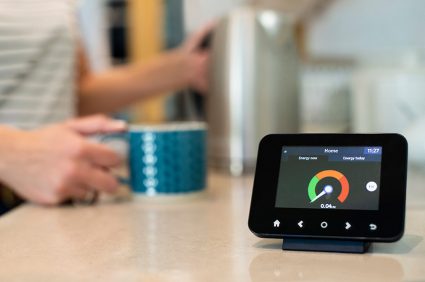 Why should we reduce the energy consumption in our homes?